Las Vegas, NV – FightMetric®, the official statistics provider of the Ultimate Fighting Championship® (UFC®), will continue to enhance fans experience by providing UFC Fighter Rankings. UFC Fighter Rankings by FightMetric will poll opinions from sports media worldwide and will be recognized by the UFC and integrated into its broadcast and featured on UFC.com. Voting will be open to media immediately after each live event with results made available to UFC.com within 24 hours.

“We are thrilled to have UFC recognize our fighter rankings and to have them hosted on UFC.com, as well as incorporated into event broadcasts. FightMetric has worked closely with the UFC for several years as an industry-leader in MMA statistics. Sports fans are accustomed to seeing performance data and rankings on their favorite baseball, football and soccer players, and now we can engage UFC fans on a similar level,” said FightMetric creator Rami Genauer.

“UFC Fighter Rankings are a great tool for new and existing fans alike to learn and better keep up with the fast pace of the UFC,” said UFC President Dana White. “We always look for opportunities to engage fans and media, allowing them to connect and voice their opinions, and this just one more way of doing that.”

Media members will vote for top fighters, currently active in the UFC, by weight class and pound-for-pound. A fighter can only appear in one weight division at a time. The champion and interim champions of each division are set in the first and second positions respectively and are not eligible for voting by media. However, champions can be voted on for the pound-for-pound rankings. Media voting is by invitation only and interested media members can apply at UFC.com/Rankings.

Since November 2007, FightMetric has furnished data that tracks the complete fight history of UFC athletes analyzing bouts across more than 125 statistical categories, encompassing all strikes, takedowns, submissions, and position changes. Currently, FightMetric data provides media and fans with an opportunity to track the history and performance of UFC competitors beyond simple wins and losses. 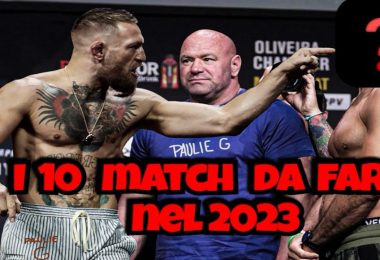